EACH JUNE, the LGBTQ members of our communities are celebrated and acknowledged globally with many different events that recognize the contributions and influence of LGBTQ people throughout the world. The month of June was chosen because it is when the Stonewall riots took place after a raid in the early morning at the Stonewall Inn in Greenwich Village, Manhattan. According to Wikipedia:

Gay pride or LGBT pride is the promotion of the self-affirmation, dignity, equality, and increased visibility of lesbian, gay, bisexual and transgender people as a social group. Pride, as opposed to shame and social stigma, is the predominant outlook that bolsters most LGBT rights movements.

Our regular readers know that the founding promise of our publishing house is: Great media builds healthy communities. Our contribution to LGBT pride has been publishing books that are informative and encouraging.

An Evangelical Pastor’s Path to Embracing …

In February of 2014 we published the first edition of A Letter To My Congregation by Rev. Ken Wilson. In both editions of Ken’s book, he shares his daring and compassionate journey in faith as the first American pastor of a large evangelical congregation to publicly reverse centuries of condemnation of LGBTQ individuals—and encourage his congregation to welcome gay and lesbian members at all levels of the church.

It is unlike other books that demand revision of traditional Christian sexual ethics but do so primarily by rejecting the authority of the Bible. That is not how evangelicals think, and it is not what Ken Wilson does here. Instead Wilson shows how God has led him on a journey toward a rethinking of what the fully authoritative and inspired Bible ought to be taken to mean in the life of the church today.

The Rev. Ken Wilson is a founding pastor of the Blue Ocean network of churches nationwide; and he is co-pastor, with Emily Swan, of Blue Ocean Faith in Ann Arbor, Michigan. Blue Ocean churches are fully inclusive. The second edition of A Letter To My Congregation is now available with expanded materials.

Changing Our Mind Changes Both Minds and Hearts

In the early fall of 2014, America’s leading evangelical ethicist, the Rev. Dr. David Gushee, came to Front Edge Publishing with an urgent request to publish his groundbreaking book Changing Our Mind in time for him to present the book at Matthew Vines’ Reformation Project conference in November of 2014. In this book, Dr. Gushee revealed to the world that he was changing his stance on the LGBT issue and he explained why he changed both his mind and his heart. As activist and theologian Brian D. McLaren said:

Every generation has its hot-button issue, writes David P. Gushee, For us, it’s the LGBT issue. In Changing Our Mind, Gushee takes the reader along his personal and theological journey as he changes his mind about gay, lesbian, bisexual and transgender inclusion in the church.

As the author of 22 books, Gushee is no stranger to the public arena. His most notable books include Righteous Gentiles of the Holocaust, Kingdom Ethics, The Sacredness of Human Life, Evangelical Ethics, A Letter to My Anxious Christian Friends, Still Christian and the forthcoming Moral Leadership for a Divided Age: Fourteen People Who Dared to Change Our World. Dr. Gushee was elected by his peers to serve as the current President of the American Academy of Religion and the immediate Past-President of the Society of Christian Ethics, a very rare combination for any religion scholar.

In the definitive third edition of Changing Our Mind, he issues a scholarly response to his critics. The third edition also contains a study guide by the Rev. Robert Cornwall that is perfect for personal use or small group study. Changing Our Mind is impacting the LGBT communities all over the world. It has been translated into Mandarin, and is currently being translated into Georgian and Swahili.

A Man In His Underwear Changed Nathan Albert’s Life 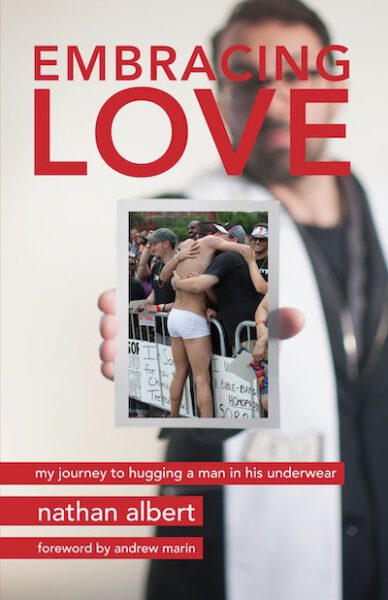 In 2010, Nathan Albert stood with his friends along the Chicago Pride Parade route, bearing signs of apology on behalf of Christians who had failed to represent Christ’s love to the LGBTQ community. Little did he know that millions around the world would soon see him captured in an iconic photograph and read his blog about hugging a man in his underwear. Embracing Love is the story behind that photograph, the story of a music theatre actor turned pastor whose deep desire is that the Gospel be seen, heard and felt by the LGBTQ community in every tangible way, especially through what Christians regard as the body of Christ, the Church.

The book begins by sharing Nathan’s journey as a musical theatre actor turned seminarian turned pastor, which brought him into relationship with many LGBTQ individuals. In such relationships, Nathan learned how countless individuals had been hurt, shunned and ostracized from relationships because they were gay. It became apparent that many churches, and Christians, were often the ones to blame for such dehumanizing and blatant disregard.

Through numerous stories of LGBTQ friends, Nathan explains that many churches function in a way that allows an individual to belong only after they have believed the proper things and agree to behave in a particular way. This model, which Nathan calls the Behave Believe Belong Model, often excludes and ostracizes LGBTQ individuals. Instead, Nathan explains how churches can create the Gospel Model, or the Belong Believe Become Model. This allows for churches to welcome all people into a space where they can belong.

Nathan ends the book with practical and pastoral advice, which many books on the subject do not include. He reminds his readers that conversations with LGBTQ individuals are often holy moments, lays out advice for parents, families, and friends of LGBTQ individuals, calls pastors and ministry leaders to care for their LGBTQ congregants with grace and mercy, and pleads with LGBTQ readers to keep focused on God even though God’s followers have not been very loving. Throughout the book, Nathan constantly reminds us that we must always choose to embrace Love.

A study guide for Embracing Love has just been released and can be downloaded from Nathan’s website, www.NathanAlbert.com. 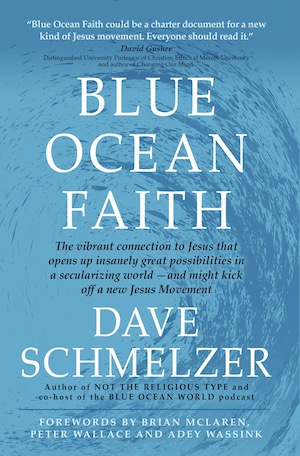 These days, millions of people are talking about forming new churches that are truly inclusive. The book Blue Ocean Faith is the story of a handful of evangelical churches nationwide who successfully did that. In this book, founder Dave Schmelzer details six profound paradigm shifts that unlock a depth of connection to God that’s new for many churchgoers—and that’s unprecedented for their secular neighbors. Rather than retreating from our increasingly secular world, people of faith can join Jesus—as followers like Saint Francis of Assisi have done for centuries—in joyfully entering the world around them with profound wonder and renewed inspiration. Dr. Gushee calls this: a riveting book about an exciting new movement of churches emerging out of the ashes of American evangelicalism/fundamentalism. This could be a charter document for a new kind of Jesus movement. Everyone should read it.

Where is the Spirit Leading Us in the 21st Century? 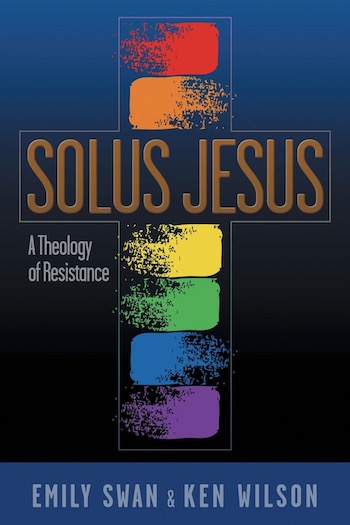 If you read one book this year about the future of Christianity, then choose this book. Five hundred years ago the Protestant Reformation claimed the Bible as the authoritative guide for Christian living (Sola Scriptura! Only Scripture!). In this groundbreaking work, pastors Emily Swan and Ken Wilson claim the authority of the church is shifting back to where it should be: in Jesus (Solus Jesus!). As co-founders of Blue Ocean Faith, Swan and Wilson are pioneering what it means to be post-evangelical—post-Protestant, even—in a time when such re-imagining is desperately needed. 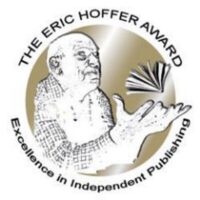 This book is so timely that it won the Eric Hoffer book award in Spirituality. For Christians looking for guidance on how to address distressing issues of injustice; for help understanding how they can faithfully follow Jesus and love their neighbors as themselves; and for practices for how to experience the living Jesus and his Spirit of love—Solus Jesus is the book for you.

Michigan State University’s School of Journalism has published two pro-LGBT books as part of their Bias Busters Series, 100 Questions and Answers About Gender Identity and 100 Questions and Answers About Sexual Orientation. Bias Busters books are cultural-competence guides published by the MSU School of Journalism. The guides are small—just 100 questions with answers—but the series has become big: 16 guides in just six years. As the MSU teams prepare each guide, they always invite a nationwide array of blue-ribbon advisors to help us ensure accuracy. Several of the Bias Busters guides have won awards and they are used by universities, businesses and interfaith groups.

The gender identity guide focuses on transgender men and women as well as people who are nonbinary, gender-fluid or of other identities in the gender-queer spectrum. It answers 100 basic, everyday questions people ask about gender and sex and how those qualities relate to politics, laws, safety and visibility. This guide is meant to help with the rapid changes now going on in civil rights, language and acceptance. The guide is designed to help close the information gap.

The sexual orientation guide focuses on gay men, lesbians, bisexuals, asexuals and people of other sexualities. The guides aim to answer with clear, accurate information 100 of the basic questions people ask about sexuality. Sometimes people do not ask or are misdirected, because they do not want to hurt others or to embarrass themselves. This guide provides the answers so that people can go on to have better conversations.

Many Ways to Order