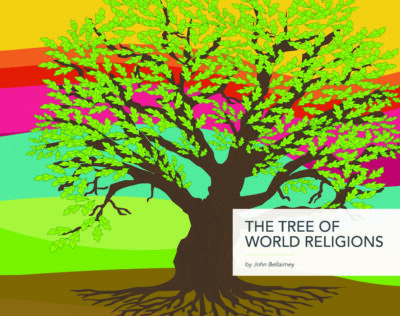 Millions of books are listed for sale on Amazon, so you may be surprised to learn that millions more are out of print. And, it’s probably good that most of those extinct books faded away—from outdated pulp fiction to century-old religious tracts.

Transforming old titles is one of our specialties here at Front Edge. In 2018, publishers and authors are taking a fresh look at the archives. One reason is that Amazon has clarified its marketing policies for bringing books back into print—encouraging quality design and publications. Sometimes book angels are willing to help bring back a favorite.

The problem authors face is that traditional publishing locks a book’s content into its final form—a paperback or hardback book. In contrast, our system breathes new life into a book and ensures that the content of that book remains flexible in the future. That empowers the author to make future edits and updates quickly and easily.

We are especially proud, this spring, of the beautiful new full-color edition of John Bellaimey’s The Tree of World Religions. Here’s how that project unfolded:

First, we sat down with John to discuss how the first edition functioned in his classroom and how it could be improved. We learned that his students would benefit from a slight redesign of the dimensions of the book to better space out the text and provide more space for larger images and photographs. Moreover, John was really looking forward to updating the book’s content to reflect his newer curriculum, re-ordering a couple of chapters and adding new photographs from his travels.

This was a clear opportunity to really improve the book for its second edition. Front Edge Publishing editors first transformed an existing PDF of the original book into easy-to-manage Microsoft Word files that included one-line notations to mark image placement, rather than embedding actual large image files. This allowed John to work on the text of the book in an accessible way without needing to copy and paste unwieldy images or worry about the final layout. Since each file corresponded to a chapter of the book, John could re-arrange the chapters simply by renumbering the files.

Once the text review was completed, Front Edge editors added special notations to the files so John’s book would fit into the Front Edge Publishing Software Suite, known as BookEdge. Editors’ notations were simple marks to identify each chapter title, paragraph, block quote, and all the other elements that make up the layout of a book. This process makes layout much simpler because it allows Front Edge layout designers to control the look of every element. For example, if John wanted his chapter titles to appear larger, or in a different font, a simple adjustment of the parameters associated with our markup that identified all of the titles would make the change cover to cover. Feeding the marked-up files into BookEdge results in XML files, which can be used to create various formats of eBooks, as well as print layouts.

Front Edge layout designers used the XML files to create a new layout. Though the new look was based off the first edition, it already contained all of John’s text updates, which meant he could focus on the look of the layout while proofing the second edition of his book.

Once John was fully satisfied with the look of the second edition, Front Edge artists tweaked the existing cover to fit the new dimensions of the book and prepared for a test print. The test print came out beautifully, so the book is now available on Amazon.com and other retailers.

This is just the beginning for the second edition of The Tree of World Religions. Since the look of the layout and content is not locked into the final print layout, John can make additional updates based on direct feedback from his students as often as he likes. Thanks to Front Edge Publishing’s system storing information in an XML format, the changes he makes to the content are immediately reflected in all of the eBook formats, while the updated interior goes live on Amazon within days.

Plus, look for the hardcover edition of The Tree of World Religions, coming soon!