Over the last 12 years, I’ve held countless first meetings with authors as the founding editor of this publishing house. At a first meeting, the challenge is always to discern if we’re a good match for each other. So, at some point in the conversation, I say: A book is a community between two covers.

I was introduced to this idea many years ago by a writing teacher who told me that I was trying to accomplish too much in short stories I was writing.

A short story is a memorable moment in someone’s life—a novel opens an entire world. You seem to want to write a book, when the assignment is a short story. 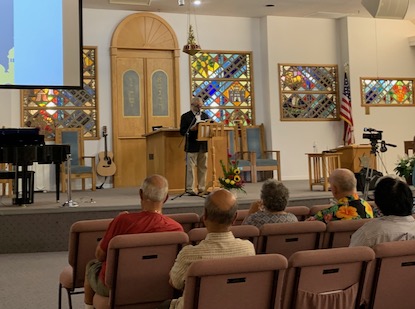 Of course, the moment I heard that, all I wanted to do was write entire books! Even at the University of Michigan in the early 1970s, I yearned to one day help readers open new worlds—to see fresh and hopeful new possibilities.

That idea evolved over many years as I worked as a senior writer and editor for major newspapers. Eventually, my specialty became longer magazine-style stories and in-depth series. The natural progression of my vocation was to move into the creation of full-scale books. Then, in 2007, I co-founded this publishing house. That original idea from the early ’70s shaped our publishing house mission statement: Good media builds healthy communities.

Another way we explain this to authors is: Great books welcome readers into worlds they hope to see.

The world’s most inspiring peace activists offer that invitation every day—a vision of a world where others hope to live.

Every day, I am serious when I tell authors: Great books are great communities.

Of course, we all know that’s true in the world of fiction. Delia Owens’ Where the Crawdads Sing has been on bestseller lists for months, now, because of the powerful way her novel carries us into the communities along the North Carolina coast with marsh-girl Kya Clark. All you have to do is open the book and get a glimpse of that map showing the shoreline, Jumpin’s Bait and Gas, and The Reading Cabin—and you’re leaping into Owens’ world. As we learn, terrible things sometimes happen in these marshes—but countless fans of Owens’ book are eager to meet Kya and spend time with her in her world. Then, they quickly recommend their new favorite book to friends.

Lifting up Our Veterans

These principles also are true of great nonfiction. At the top of best-seller lists these days you’ll find Gary Sinise’s Grateful American, which invites us into his world as a talented young actor who finds people surrounding him and encouraging him to expand his vocation into a much larger calling of service to others. Or think about the way Adam Makos’ Spearhead takes us into the suspenseful world of a tank gunner in World War II as he struggles with his comrades to stay alive in some of that war’s greatest battles. Countless American veterans (and their families) have felt a personal calling toward these two books, which is one reason they’re so successful.

And, for our part, in 2019, we’re also welcoming veterans to join us in the community surrounding Col. Clifford Worthy’s memoir, The Black Knight. It’s the true story of Cliff’s courageous life as one of the first black cadets to enter West Point after President Truman integrated the Army. His book carries us into the storied academy, across U.S. military bases in the U.S. and Europe and into the front lines of the Vietnam War.

The question of community always is central to that first meeting to evaluate a proposed new book. Often, we phrase the question this way: Are there allies and angels who are waiting for your book? We have written a lot about this allies-and-angels metaphor for the communal nature of publishing, so you can read more about that both on this website and in other publications.

Circling the Planet to Pursue Peace

Community is such an important aspect of a good book’s power that we hope to work with authors who plan to continue engaging with their communities long after their books are published. We have many examples of this vocational approach to publishing. Daniel Buttry has circled the planet many times in his work as a peacemaker—the central theme of his books. Ken Wilson crisscrosses the U.S. to promote inclusive ministry, the kind of Christian community you can explore in his books. Faith Fowler wakes up every morning working to expand the lessons learned by her Cass Community to help other families in need.

I could go on and on describing the inspiring work of our authors—until this post would look more like a book than a single column.

A Community Builder at Work in the World

So, I will close by pointing you toward the latest efforts of one of our most active new authors, Victor Begg. He’s absolutely tireless in his vocation of peacemaking, daring to cross religious, cultural and racial barriers to form new friendships wherever he goes.

Here are some of the hallmarks of Victor’s efforts:

He’s regularly posting news items about his ongoing work. His main vehicle for this news is his own website, which is named for his book: ourmuslimneighbors.com/

We introduced Victor to the world via the popular ReadTheSpirit online magazine. And, working with Victor, we added a specific call to action: Meet a Muslim this year! When that cover story was published, we got a flurry of emails and other messages from readers, telling us they were accepting our invitation. Quite literally, Victor’s community grows week by week.

Then, Victor continues to speak to the world via many different websites, newspapers and media outlets. When violent conflict erupted in Kashmir recently, Victor wrote this deeply personal plea for peace in Kashmir.

Got a book you’d like us to consider for publication?

Who are the allies and angels who you can summon to surround the launch of your book?