If you read one book this year about the future of Christianity, then choose this book. Five hundred years ago the Protestant Reformation claimed the Bible as the authoritative guide for Christian living (Sola Scriptura! Only Scripture!). In this groundbreaking work, Emily Swan and Ken Wilson claim the authority of the church is shifting back to where it should be: in Jesus (Solus Jesus!). As co-founders of Blue Ocean Faith, Swan and Wilson are pioneering what it means to be post-evangelical-post-Protestant, even in a time when such re-imagining is desperately needed.

This book is timely, to say the least. For Christians looking for guidance on how to address distressing issues of injustice; for help understanding how they can faithfully follow Jesus and love their neighbors as themselves; and for practices for how to experience the living Jesus and his Spirit of love—Solus Jesus is the book for you.

Born in a cauldron of faith and pain, Solus Jesus: A Theology of Resistance is a highly original, deeply provocative first stab at a post-evangelical, post-gay debate pastoral theology.

Drawing from personal experience and those who have long carved out theologies far from power, Swan and Wilson show how Solus Jesus can open a portal to the divine communion that is possible between all people.

Solus Jesus challenges us to see the authoritative Jesus in a fresh light, so that his life, message, death, and rising summon us to live in a new way as individuals and congregations.

Ken and Emily’s book is loving and courageous, compelling and convicting, scholarly and personal all at once. … This book held up a mirror to my heart, asking me to forsake my anxious need for certainty, to repent of all the rivalries that cripple me, and to rest again like a child, at the breast of a God in whose fierce and fearless love there is home for us all.

Around the world, tension and conflict are signaling a shift in our socio-political conditions. To remain relevant, Christianity must have a response to this moment. Grounding themselves in their lived experience, Ken and Emily are leaning into the conversation and offering a powerful response to the travails of our time. A must-read for Christians looking to discern where the Spirit is leading us in the 21st Century.

Solus Jesus offers a wonderful new way to think about and live the truth of Christian faith. Guided by the work of René Girard and in dialogue with their own evangelical and Pentecostal/charismatic traditions as well as an exciting and eclectic variety of other inspirations, the authors articulate an uncompromising theology of non-violent love that finds the Gospel to be manifest especially in the witness of the marginalized, oppressed, and outcast. It is a welcome approach especially for those on whom the authority of sola Scriptura has fallen hard—such as women and LGBTQ+ persons—and shows, with power and promise, what the church has to gain from their full inclusion. In a tense, exhausted, post-truth time when the old authorities are losing traction, Swan and Wilson warmly and fervently invite readers to see opportunities to join in the adventure of a renewed Christianity.

Dietrich Bonhoeffer described a church striving for its own preservation, a critique that reverberates as people struggle not so much to love Jesus as to tolerate the church. Instead, Swan and Wilson invite us into a communal encounter with the living Jesus. A victim of violence himself, Jesus calls us into encounters of healing, freedom, dignity, and life.

Solus Jesus is a bold, powerful account of the need for a Christianity that is both Bible-centered and yet breaks free of the Sola Scriptura that has marginalized so many people of faith—the illiterate, the poor and—in the current Christian climate—the homosexual and non-heteronormative. In arguing to replace the biblical text with the living rabbi of Christ, these authors argue for an experience-centered understanding of a Jesus who is more loving than many of his modern defenders allow. 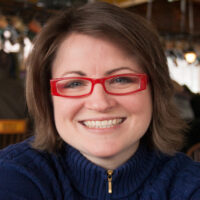 Emily Swan is co-pastor of Blue Ocean Faith Ann Arbor. She received her B.A. in history from Butler University, and has worked toward her Master’s degree at Fuller Theological Seminary. Additionally, she spent three years studying Mandarin and Amdo Tibetan languages at Qinghai Minzu Daxue Nationalities University in Xining, China.

Emily worked for two Fortune 500 companies and lived abroad for four years prior to serving as a pastor in the Vineyard movement, a movement which ultimately rejected ordaining queer pastors. She co-planted Blue Ocean Faith Ann Arbor with Ken Wilson in 2014. Emily is the author/creator of small group material, The Earth is God’s Temple, and occasionally speaks, or hosts workshops, at conferences.

She is married to author and therapist Rachel Murr. She lives in Ypsilanti, MI, and enjoys feasting with friends, playing tennis and making music. Emily blogs at SolusJesus.com. 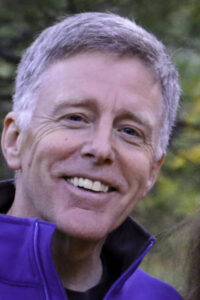 Ken Wilson was born and raised in Detroit, Michigan, is the father of six, grandfather of another six, and is married to Rev. Julia Huttar Bailey. Ken received a B.S.N. from the University of Michigan; before entering the pastorate, he worked in community mental health. Ken is the author of several books, including Mystically Wired: Exploring New Realms in Prayer (Thomas Nelson 2010); and most recently A Letter To My Congregation: An Evangelical Pastor’s Path to Embracing Those Who are Gay, Lesbian, Bisexual, and Transgender Into the Company of Jesus, 2nd edition (ReadTheSpirit, 2016).

Ken was the founding pastor of Vineyard Church of Ann Arbor, served for seven years on the national board of Vineyard USA, and now co-pastors (with Emily Swan) Blue Ocean Faith, Ann Arbor, a fully inclusive church. Ken enjoys walking, reading and writing—but arithmetic, not so much. Ken blogs at SolusJesus.com.