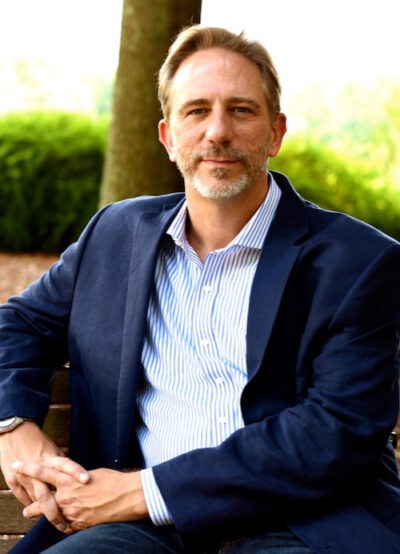 There is a reason that the groundbreaking Christian ethicist Dr. David P. Gushee chose Front Edge Publishing for what he describes as the most important book I have ever written.

We are fast and flexible.

And, we understand the turbulent world of media he was entering with this book. We are known for publishing what, in the industry, is called adult nonfiction—books that inform and inspire readers, especially from a wide array of important cultural and religious perspectives. Because the global responses to diversity—and trends in health and spirituality—are changing so rapidly, many authors find that their work is outpacing the abilities of traditional publishers. (For more on this, read David Crumm’s new interview with Dr. Gushee about the vast global impact of this book.)

For more than a decade, Front Edge Publishing has been partnering with individual authors, as well as universities, non profits and businesses—because of our uniquely fast-and-flexible software system that is designed, managed and operated by our Publisher John Hile and myself as Director of Production.

Changing Our Mind: A Shot Heard ’round the World

Dr. David Gushee’s first edition of Changing Our Mind in the autumn of 2014 was like a shot heard ’round the world, touching off a host of blogs, social media, podcasts both welcoming and condemning his courageous appeal to inclusion. Almost as soon as that first book hit Amazon and other bookstores, Dr. Gushee realized he needed to include more material to shore up his ground-breaking case for inclusion from an evangelical perspective.

As quickly as we released a second edition of his book in January 2015, just months after the first edition, his critics were so furious that they began to accuse him of abandoning the evangelical consensus on ethics that had made him an internationally respected scholar. Some were begging him to return to their fold; some were waving torches in his direction to drive him from the evangelical realm.

Dr. Gushee’s secular colleagues in academia responded with equal fervor, electing him as president of both the influential American Academy of Religion and also the Society of Christian Ethics. However, this sprawling, international debate was raging on so many levels that Dr. Gushee realized his second edition also was incomplete.

Here is how Dr. Gushee explained his need for our fast-and-flexible service to produce the 2017 Definitive Edition of the Landmark Call for Inclusion of LGBT Christians—with Response to Critics. Dr. Gushee writes:

It is a general obligation of scholars to engage their critics. I acknowledge that in the two years after this book was published I rarely engaged the numerous critics of my book in any substantial way. This was a failure on my part, for which I apologize.

I could make excuses. I could refer to the severe limits on my time at that moment in Fall 2014 and the substantial personal losses I was experiencing. As the negative fallout grew I knew that my emotions were deeply engaged and might misdirect my words. The painful recognition that this book was costing me deeply, both personally and professionally, and the dawning sense that the issues raised by the book, and its reception, went far beyond merely exegetical quibbles and instead implicated my own religious identity, also quieted me. I needed some time to process what was going on. All of this was in fact the case, but honest scholars do need to engage their honest critics. So here goes.

Dr. Gushee’s ability to address his critics in an organized way, on his own terms and on his own timeline, speaks to the enduring power of books in a world of lightning-fast communication. The new section we added in this third and final edition is organized by theme, allowing Dr. Gushee to address critiques in a way that teaches readers about the origins and flawed reasoning behind the criticisms, while simultaneously addressing them.

The section serves as an intriguing reason to revisit Changing Our Mind for veteran readers. We also found that anyone unfamiliar with Dr. Gushee’s work will benefit from reviewing the section after reading the chapters of the book to answer any questions that may have occurred to them while reading. That section also is a helpful preparation for working through the study guide, also included as an appendix in the book.

Changing Our Mind: Now in a Hardback Forever Edition

Finally, in 2019, as we all were nearing the five-year anniversary of this book—and Gushee’s ongoing global efforts to promote Christian inclusion—we realized that thousands of readers wanted to save this life-changing book for ongoing reference. They wanted to be able to pull it off the shelf at any time to share with friends and family.

That’s why our team released yet another edition of the book—this time in hardback, or what our readers like to call a forever edition.

Are We Done? Hardly!

Hardly! While Dr. Gushee agrees that his gold edition or Definitive Edition is the final body of text, including the original book, responses to his critics and a helpful small-group study guide—our team continues to work with him on new editions.

Already, we have a team completing a Mandarin Chinese edition to help bring hope to the millions of Chinese Christians who are struggling with this issue. We are discussing an audio book format as well as translations in indigenous African and Asian languages. Got a language in which you would like to see this book translated? Contact us!

We have watched this book’s sales soar over the years—meaning that countless families have been helped by Dr. Gushee’s compassionate wisdom.

Like so many of this book’s readers, to Dr. Gushee, we offer a collective Thank you!

Get the new hardback on Amazon.

Also, you can read much more about the remarkable impact of this book in this ReadTheSpirit magazine Cover Story by David Crumm, based on an inspiring new interview with Dr. Gushee.