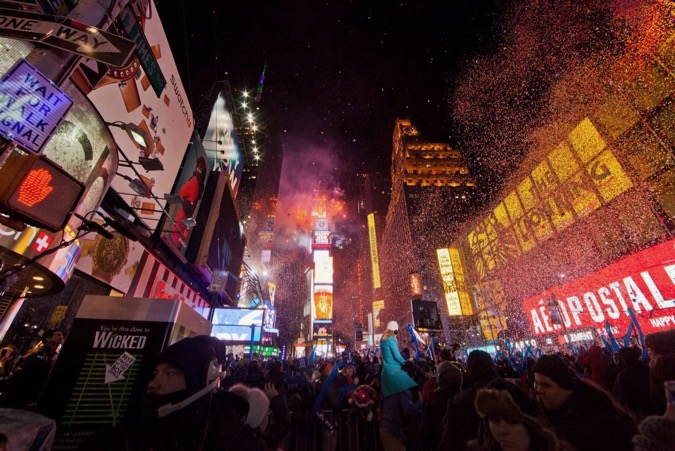 Q: Why do more than 1 million people cram into Times Square each year for New Year’s Eve, standing around for hours on end—and enduring all kinds of weather?

A: Because it’s fun to connect!

That’s why we carry those powerful little windows into the world in our palms wherever we go, tapping on maps, photos shared by friends, text messages, videos, photos, on and on—and on.

Connection. Connection. Connection. That’s the greatest challenge in publishing today. We call it “discoverability”—the potential that readers will even find our books in the first place. We publish wonderful, creatively designed books that sell themselves—that is, if we can make that initial connection with readers.

So, here’s a quick look at how we hope to connect with you …

First, a Trip through the Way-Back Machine

As a publishing house, we grew up in the midst of the greatest media revolution since the invention of moveable type half a millennium ago. We were ready for it. We embraced it. We’re known today for our front edge approach to publishing.

When we launched in 2007, the choices for connecting with readers were simpler. Twitter and Facebook were tiny. The first-ever tweet was sent in the spring of 2006. So, as we began in 2007, a mere 5,000 tweets were sent each day. Now? 500 million tweets whiz across the Internet each day! Twitter founders spent three years promoting their service to reach their first 1 billion tweets. Now? They knock that off in 2 days.

And Facebook? Mark Zuckerberg had only opened the service—which originally was a university-based network—to the general public in 2006. Today, Facebook claims 2.2 billion active users around the world.

Video exploded as well. YouTube launched in 2005. In 2007, it had just been purchased by Google for $1.65 billion. YouTube is now estimated to be worth over $75 billion dollars. The current YouTube statistics are mind blowing! 300 hours of video are uploaded to YouTube every minute! Almost 5 billion videos are watched on Youtube every single day.

LinkedIn is a business centered website and app that allows you to share your professional identity and network with other business professionals. LinkedIn has been around since 2002 and currently boasts over 575 million users—with over 260 million active each month.

So, How Do We Hope to Connect with You?

With social media channels growing and changing daily it is hard to know where to focus one’s efforts. Here at FEP in 2019—we are concentrating on Facebook, Twitter, YouTube and LinkedIn. We’re keeping an eye on Instagram, because everyone knows that’s where young folks are. Naturally, we’ve spent a lot of time learning about younger readers. Among other things, researchers are telling us that young adults are turning away from eBooks in favor of ink-on-paper books. Surprising, right? And, so far, we’ve seen little solid evidence that Instagram is a reliable way to increase reader discoverability. So, we’ve just started dipping our toes in the Instagram waters; we’ll expand our efforts there if we find that service becoming more valuable for book promotions.

And that’s the key question in publishing: Where should we, and our authors, spend our dollars and the scarce hours we have each day? The goal remains the same: Discoverability. But every morning we ask the same questions: How do we find new readers? And how do potential readers discover our authors?

We rest on a couple of fundamental truths—part of the principles we posted on our first day in 2007:

Those are just 2 of our 10 founding principles. You can read the rest right here. As a hybrid-publisher, we pride ourselves on staying current with the trends and technology of the book publishing industry. Front Edge Publishing empowers authors and partner-publishers around the globe, from nonprofits and television networks to community outreach programs and universities.

We enjoy sharing news of not only our own company, but also of the authors we publish and current events in the publishing industry. Want to see a great example of that? Just look at the front page of our ReadTheSpirit magazine this week—and you’ll find several news items celebrating great news about our authors.

Then, Here They Are …
Links to Explore Our Community

Hey, this is fun! Think of this as linking arms in Times Square on New Years Eve. Come on, take a moment and connect. We promise that, together, we’ll make this world just a little better place.

Do you want to learn more about the Front Edge Team?

Here are our LinkedIn Pages: